Replenish Yourself: Gather Sprowl from the Land

In this era of social distancing amidst this pernicious COVID-19 global pandemic in which we find ourselves, focus on how your solitary spiritual practices can not just grow, but thrive. One helpful method of personal spiritual battery replenishment takes its cue from the swelling Traditional Witchcraft current in contemporary Paganism, whose tenets include, among other things, establishing a dynamic relationship with the spirits of your local landscape.

In the case of my urban home, which is conveniently located close to a massive nineteenth-century paupers’ graveyard that mainly functions as a serene park/dog-walkers’ haven to the uninitiated, I have relationships not just with the spirits of the land but with the spirits of the dead. Like any healthy relationship, the give-and-take exchange of energies goes both ways. I do my part as a good neighbor with my devotional offerings to the nonhuman spirits of the earth as well as offerings of food and prayer services for the nameless human dead that lie beneath my condo building and the entire surrounding neighborhood. (For more information on how I first discovered this area’s sad history, read the post I published two months after I moved in.)

An interesting feature of the paupers’ graveyard is a hill located in its most northwest corner—the corner which, according to both my Co-Masonic as well as my Gardnerian Wiccan catechisms, is the place of Darkness. While it’s not a very grand hill in terms of height, when I stand upon it, directly beneath the gracefully dancing branches of twin aspen trees, I feel a tremendous surge of what Cornish Traditional Witch Gemma Gary terms “sprowl” (I highly recommend her 2008 book Traditional Witchcraft: A Cornish Book of Ways if you haven’t already devoured it). It’s the serpentine energy that courses through the land—an invisible but potent spiritual current that Witches can consciously tap into to fuel their Work, their ritual tools, and themselves at every level (body/mind/spirit). 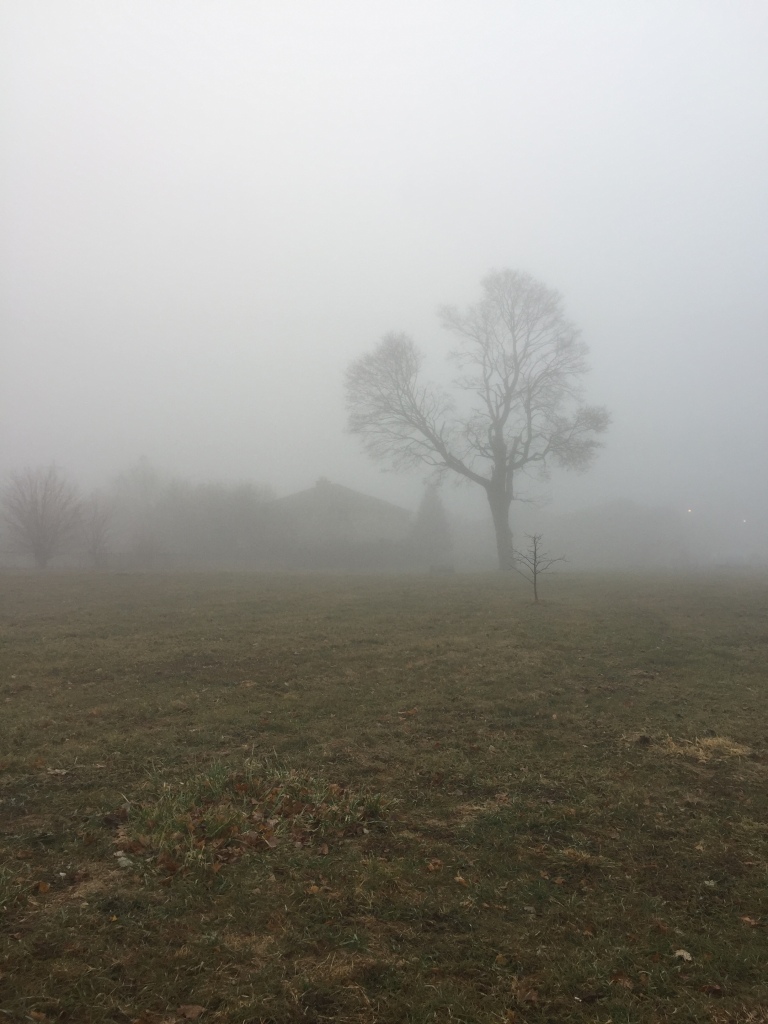 The rolling fog always brings with it a gaggle of spirits in my local paupers’ graveyard. The air is thick with their presences. Took this photo on a fully charged battery in December 2019 and then the spirits immediately drained the battery afterwards and my phone died. They do like to set such boundaries on my technological capabilities of recording their shenanigans!

In my view from the hill, I “see” through to the realms of the spirits of land and sky, as well as the “pale people,” my long-dead neighborhood predecessors who met sad and lonely ends in the confines either of the Cook County Asylum for the Insane or its on-site debtors’ prison and working farm. The hill is one of my favorite physical locations for gathering sprowl and for conducting pathworkings to Hel or to the Lady of Elphame (not the same Holy Power, in my book, if you’re wondering). I could be standing or sitting on a picnic blanket, eyes closed. My appearance and motionless behavior ensure I’m inconspicuous, I don’t draw attention to myself. I look as though I’m merely meditating; hence the presences of other wanderers, should there be any, on the grounds never disrupt me. I always leave feeling greatly charged, my energy levels high and my mood buoyant.

The massive, half-thriving, half-rotting tree that I have long since come to know as the Hel-Tree is another major focal point for me when it comes to gathering sprowl in the graveyard. Its impressive network of roots serves as a great place to nestle devotional offerings. Early in the morning, when I’m out walking my rambunctious Corgi-beagle doggo, the Hel-Tree’s budless branches are home to a thriving flock of chatty sparrows and robins this time of year, their inviting songs and shrill cries and chirps and clackety sounds serving as a discordant but lovely anthem of welcome for me upon entering the graveyard gates.

Hel-Tree gleaming with Otherworldly splendor. Picture I took on the night of January 29, 2020 on a sprowl-gathering late night walk about the paupers’ graveyard.

When I lived on the Hawaiian island of Oahu for four years, I would spend lengthy amounts of time at many a sacred location, consciously gathering sprowl to direct into many of my ritual tools to fuel needed workings that were aligned with the places I frequented. For example, the Birthing Stones in Wahiawa were where I went to pay my respects to land spirits and make appeals for their help before I would commence significant creative projects of mine, such as when I began learning how to sculpt in 2005 and the first things I sculpted were statues of different goddesses. I needed sacred energy, the sprowl, to infuse my vessels of the Sacred, which were born of mud, my hands, and the alchemy of the fired kiln. My first statue depicted the Syrian sea goddess Tirgata, one of the pieces I am most proud of to this day. 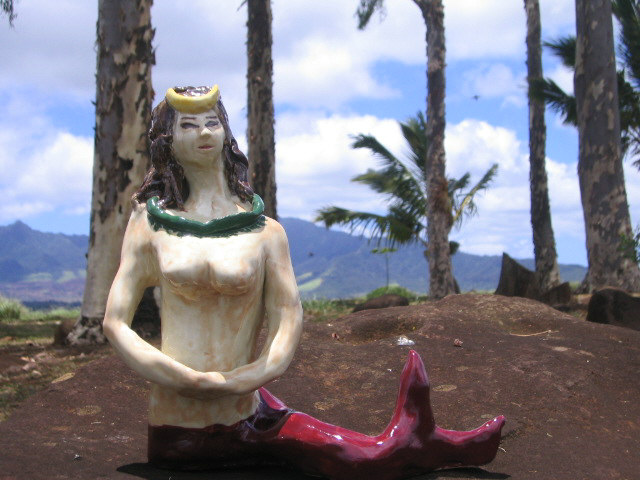 My newly consecrated Tirgata at the Birthing Stones on Oahu, photo I took in May 2005.

My amazing native Hawaiian sculpting teacher, who is also a priestess of her ancestral Gods and a clairvoyant, insisted my fellow students and I return to the Birthing Stones to officially consecrate/name/infuse ‘ole (breath of life) into our pieces once they were completed. It was a magical afternoon of small group sprowl-gathering that I’ll never forget.

“How pleasant it is to walk through the deep, deep woods and hear and see fairies ‘n’ everything all about you as you go.”—Johnny Gruelle, Raggedy Ann in the Deep Deep Woods (New York: Bobbs-Merrill Co., 1960)

Nowadays I retreat, still within city limits, to various forest preserves where I can commune with the spirits of trees, the earth, and the Chicago River. It is quite possible to escape into a secluded grove and lose yourself in rapturous communion with the Ineffable. That’s an even greater likelihood in this strange time of living in a state of the Union that is on COVID-19 “lockdown,” which Illinois is at the time of this writing, where groupings of people in public are forbidden. For the tribes of nature spirits who resent the incursions of humans into their territory, I’m sure this curtailing of our movement in natural spaces is a very welcome phenomenon! 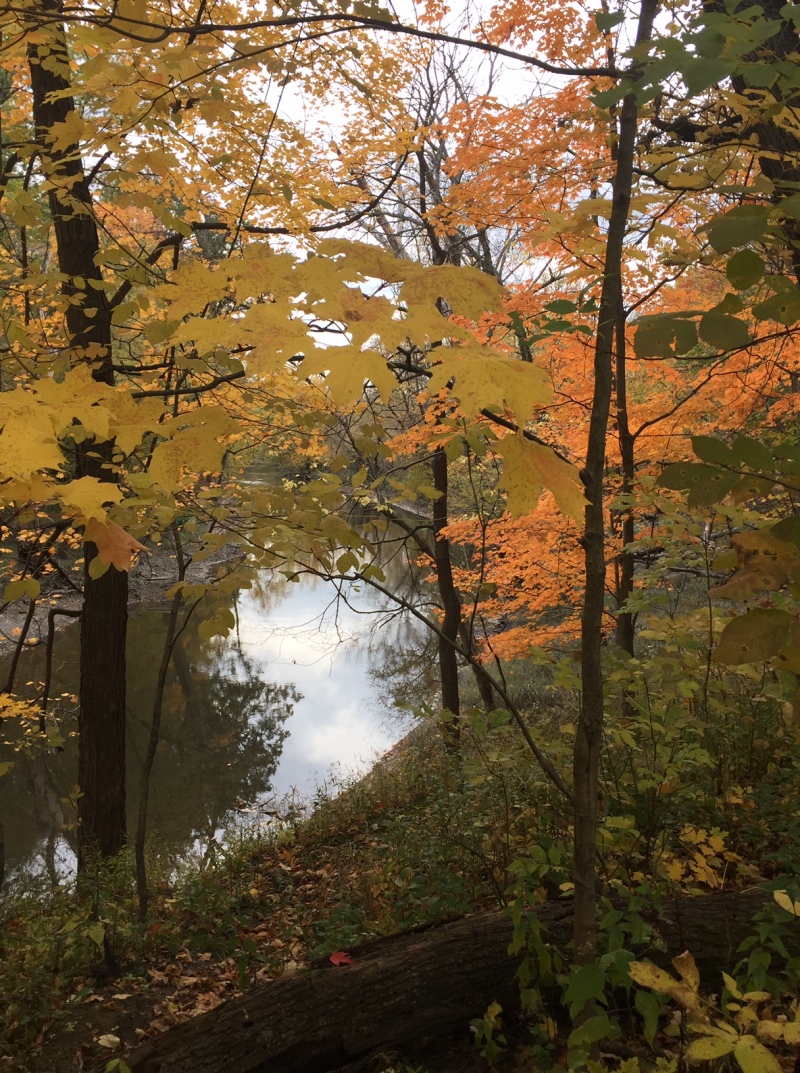 Photo I took last October in my favorite Chicago forest preserve, a place I frequently go to gather sprowl and to deposit offerings for the orisha Oshun in the Chicago River.

It’s a vital and necessary thing for our psychological well-being, especially in times of crisis, and for our Witchcraft in general if we spend more time outdoors. Whatever the weather, gather ye sprowl while ye may! Be blessed and be blissed, dear reader—take care of your Self and be kind to others.

2 thoughts on “Replenish Yourself: Gather Sprowl from the Land”