I’m so thrilled to have the awesome folks at Chicago’s own Irish-American Heritage Center pass along this how-to video on weaving a Brigid’s Cross from newly harvested reeds. Blessed Imbolc!

Hail, Brigid, Triple Goddess of Poetry, Smithcraft, and Healing! May Her Holy Wells and Sacred Flames heal us, inspire us with creative visions, and endow us with courage!

My Brigid’s Cross is a few years old and was woven from local cat-tail grasses. It adorns my Imbolc altar. (c) A Urosevic 2021

My Year-Wheel Tarot Reading for 2020

Happy New Year and may this new decade bring vibrant health, joy, prosperity, and love to us all! Per my time-honored tradition, before commencing my revels last night I sat in silent contemplation, reviewing my notes on the yearly forecast Tarot reading I did for 2019 to gauge my accuracy and then doing my reading for myself for this year.

END_OF_DOCUMENT_TOKEN_TO_BE_REPLACED

Roots and Rootedness, The Powers I Serve

This is a holy season for many religious traditions. Last night at sundown, the Jewish New Year or Rosh Hashanah (L’Shanah Tovah to all my Jewish readers and friends!) began, kicking off the period of the High Holy Days that culminate with the Day of Atonement or Yom Kippur on the evening of October 8; this new year is the year 5780 in the Hebrew calendar.

Yesterday also began, for the 1 billion+ adherents of Hinduism around the world, the 9-day Festival of the Goddess Durga known as the Navratri. These are among the most auspicious days of the year in the Hindu religion, and while the whole country of India celebrates the Navratri, the festival is celebrated with a particular fervor in the Indian states of West Bengal (home to the Kali-centric city of Kolkata) and Gujarat.

END_OF_DOCUMENT_TOKEN_TO_BE_REPLACED 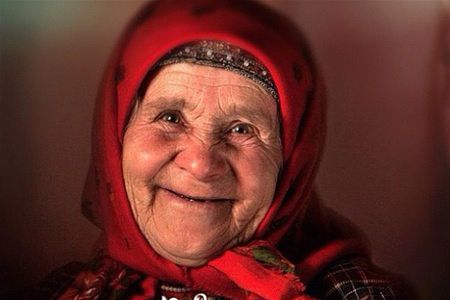 Baba Marta: Slavic Goddess of the Liminality of March

In South Slavic folk belief, the month of March is personified as a goddess named Baba Marta (“Old Woman March”). The erratic weather patterns typical of this month are ascribed to the goddess’ seemingly fickle nature: She likes to be an Old Winter Hag one day and a beautiful Spring Maiden the next, ushering in either snow and cold or balmy temperatures with sunshine, depending on Her mood.

Just yesterday here in Chicago, in fact, we had a freakish snowstorm with near-zero-visibility conditions overtake the afternoon after a spell of Spring-like weather. When I spoke to my parents on the phone and we discussed the weather, we all agreed that Baba Marta was having a grand old time causing the mid-month snowstorm. My mother sang the “Baba Marta” nursery rhyme / children’s poem she remembered as a child. It was composed by the beloved Serbian poet, Jovan Jovanovich Zmaj (1833-1904; fun fact: his last name is the Serbian word for “Dragon”!). I’ll write it in transliterated Serbian first and then translate it into English:

For many Indo-European cultures, the year began with the arrival of Spring and the main Deity presiding over the transition from the old year to the new aptly has characteristics of a liminal nature. This Being can can alter the hinges of Reality, alternating between What Was and What Is Yet to Be. The Kalends of Ancient Rome commemorate the arrival of the month of March and the new year by celebrating the Matronalia, a days-long festival honoring several goddesses (“the Mothers”), chiefly Juno as the Supreme Mother and Bona Dea but also Anna Perenna, the Goddess of Time-Keeping. The Romans honored mortal women as Their earthly counterparts. (Interestingly, in the UK Mothers’ Day takes place in March [it took place this past Sunday].)

The Slavic Baba Marta reminds me of tales I have heard from Ireland and Scotland of the Cailleach Bheara/Bheur, the ancient Goddess of the Land, Hag of Winter, Who, when She sees fit, can transform Herself into a beautiful Spring Maiden (Bride or Brigid in Scotland), often by rejuvenating Herself in a sacred body of water. Doubtlessly, these tales wove their way into Arthurian lore of the late Middle Ages with the recurring “loathly lady” characters like Dame Ragnell, women of power who can transform themselves from frightful crones to seductive young lovers when knights worthy of their help learn the valuable lesson that a woman’s greatest desire is to never have her sovereignty forfeited.

Many Slavic cultures retained the folk memory of these goddesses long after Christianity displaced Their official worship. Customs like the burning of the (female) effigies of personified Winter during the Maslenitsa festival in Russia and the Ukraine, a Carnival-like celebration that precedes the start of the Lenten season, or the March 1 exchange of “martenisti” figures on Baba Marta’s Day in Bulgaria show that the death-dealing Winter Witch and the life-affirming Goddess of New Beginnings are ever in Their peoples’ hearts.

Sniff the roses one more time

The red-tailed hawk spirals high above

The three-legged coyote lopes across the parking lot

The miniscule turtle flares its nostrils in the stagnant pond

The blue heron poses beneath the willow fronds

I am the drifting cloud that shifts its shape

I am the discarded office chair

I am the motorist blocked by a mile-long freight train

I am the scythe of morning

I am the wisdom beyond the landscaped edge

I am the blood that smears clinical labyrinthine walls

I am the Silver Wheel that spins soul paths

(and the spinning hubcap, too)

Dust the sides of this gray cube

Be transfixed by the hollow tube

Sekhmet and the Ma’at of Letting Go: Reflections on My Sekhmet Ritual at PSG 2014

Editorial Comment: I am extremely pleased that the essay you’re about to read below has been accepted for publication in Bibliotheca Alexandrina’s forthcoming anthology on the goddess Sekhmet entitled Daughter of the Sun: A Devotional Anthology in Honor of Sekhmet. My essay is being published under my legal name and I will retain all copyrights to it. The book is being released next month; I’m so excited!

“Sekhmet and the Ma’at of Letting Go”

Just prior to leaving for the 2014 Pagan Spirit Gathering, held June 15-22 in Illinois, I had been seeing, due to its popularity among several of my friends, a recurring post on my Facebook News Feed—one that irked me.

END_OF_DOCUMENT_TOKEN_TO_BE_REPLACED

“The Divine Feminine Propels Us Onward”: The Legacy of 19th-Century Romanticism for Today’s Spiritual Seekers

Editorial Note: This essay was first published in Pantheon, the official journal of Chicago’s Life Force Arts Center, a gallery and performance space dedicated to literary, performing, and visual arts rooted in spiritual expression. I retain all copyrights.

“The Divine Feminine Propels Us Onward”:

The Legacy of 19th-Century Romanticism for Today’s Spiritual Seekers

How comfortable are you in describing yourself as a creator? Do you identify as one? Why or why not? Is that term solely reserved for artists? Or parents? Or the holders of patents? Whether we’re aware of it or not, we’re breathing new worlds into being on a regular basis. Performing on open mic night. Whipping up an amazing quiche, baked from scratch. Delivering a solid presentation that ends up landing new accounts for your business. Creation is our divine mandate; it’s something we’re all called to do. It’s our divine birthright as creatures made in the image of God/dess/Spirit/Ultimate Reality—whatever you want to call It, that ineffable Source of our truest, highest selves. END_OF_DOCUMENT_TOKEN_TO_BE_REPLACED

A Night with Starhawk and the “Goddesses of the End Times”

By way of editorial comment: I wrote this essay the day after the event happened back in November 2006. I tried getting it published in Sage Woman and Circle Magazine at the time but never received word. Well, now that I’m in the blogosphere, I can release it into the world–Namaste, Bitches--as was my intent for all Pagans who appreciate Starhawk’s work in the world to enjoy.

It came unbidden and electrifying, the chance to see in person the woman who altered the course of my spiritual unfolding in this lifetime when I was but a fifteen-year-old seeker: Starhawk. END_OF_DOCUMENT_TOKEN_TO_BE_REPLACED

Poetry, The Powers I Serve

Song for Sedna, Composed Upon Concluding a Shamanic Journey Before Her Newly Erected Shrine

Here’s my editorial note for this poem: I wrote it immediately upon coming back from a shamanic journey to meet with the goddess Sedna in the Arctic Ocean; I returned to an ordinary state of consciousness and grounded and centered myself with prayers of thanks to my helping spirits and with food. My relationship with the Inuit goddess Sedna began the day before I received word of my-then Archpriestess/mentor’s diagnosis of Creutzfeld-Jakob Disease (CJD), a horrible, lethal neurological disease that shut down her senses one by one and killed her within 8 weeks of her receiving the diagnosis. Sedna came to me roaring with rage that day, and in the coming weeks I would come to understand why. Again, I’ll be crafting a series of blog posts narrating how the Chicago Fellowship of Isis community banded around our beloved Deena Butta to help mitigate the devastating effects of this disease. Many prayed for Deena to have a complete and total “miracle-cure,” an absolute reversal of CJD. I, however, prayed for Her Highest Good, especially after Deena told me that she wanted to die so she could be reunited with her 22-year-old son Maris, who killed himself not quite two years prior. So much of Sedna’s grief and rage, as I would come to find out, were mirrored in Deena’s state of being in the final weeks of her life. END_OF_DOCUMENT_TOKEN_TO_BE_REPLACED

As much as I love writing for a living and writing for pleasure, the one writing assignment I dread ever doing again is crafting–and delivering–a eulogy. One of the great and terrible milestones of my life that I’m going to have to address with a series of blog posts, so irrevocable and lasting have been the profound spiritual transformations wrought by it, was the death, on January 27, 2013, of my dearest spiritual mentor in Chicago’s Pagan community, Deena Butta. Archpriestess-Hierophant of the Chicago-based Fellowship of Isis Lyceums of Eleusis and Alexandria, Deena touched the lives of so many people in her public priestessing ministry for over 35 years. Her widower husband, Ray Butta, asked me to write and deliver her eulogy the morning of her funeral, January 31, 2013. As we in the Chicago Fellowship of Isis community gear up for our 21st annual Goddess Festival, a public celebration of the Divine Feminine Deena founded and energetically prepared for every autumn–even leading up to her death–I wanted to honor Deena’s memory and legacy by publishing the eulogy I wrote and delivered at the behest of Ray. As we say in Egyptian Paganism/the Kemetic Reconstructionist path, “What is remembered, lives.” I will always remember and love you, Deena. END_OF_DOCUMENT_TOKEN_TO_BE_REPLACED